Hello Beauties!!! Wow, it's November 1st already... Anyways, this past weekend I went tailgating at the Magic City Classic and I was super excited because it had finally reached temperatures to bring out Fall/Winters pieces!!! The MCC is an annual football game between Alabama State University and Alabama A&M University.  Here for the MCC, it is considered a huge fashion show, and I can say that I knew those fashions would be on and off point. I decided to bring out my red wool blazer that I thrifted last year and a pair of my only few boots that I own. I enjoyed the festivities of tailgating and spending time with my sister!!! 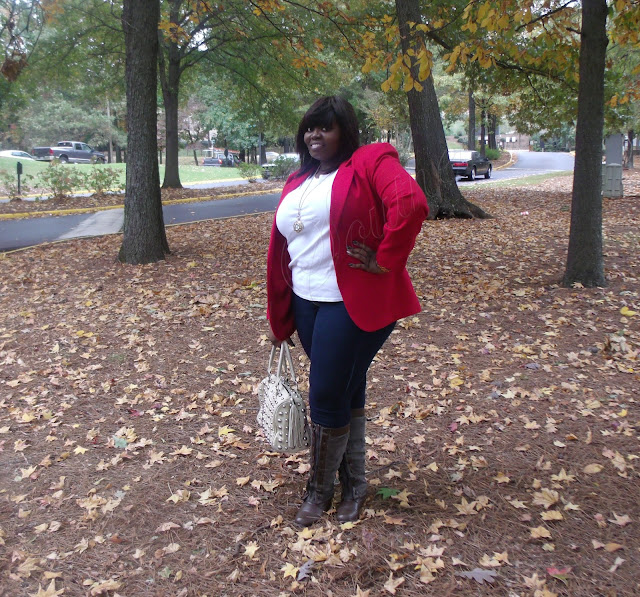 My sister and I: 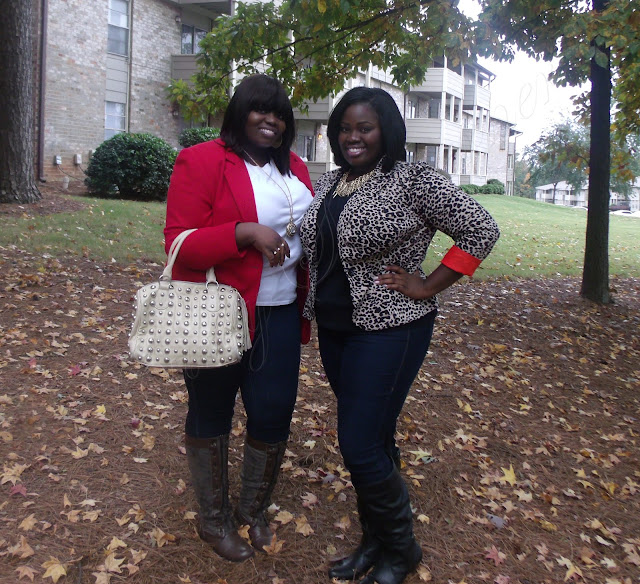 My sister's friend Shenika (hairstylist) and I: 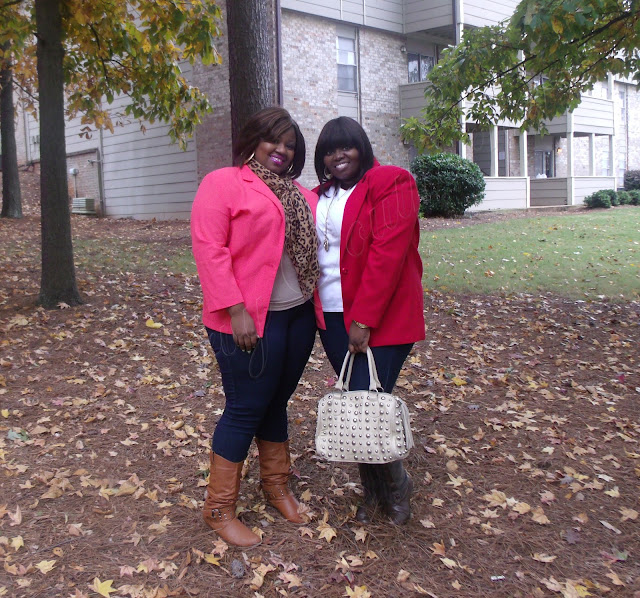 Gathering Leaves to toss in the air: 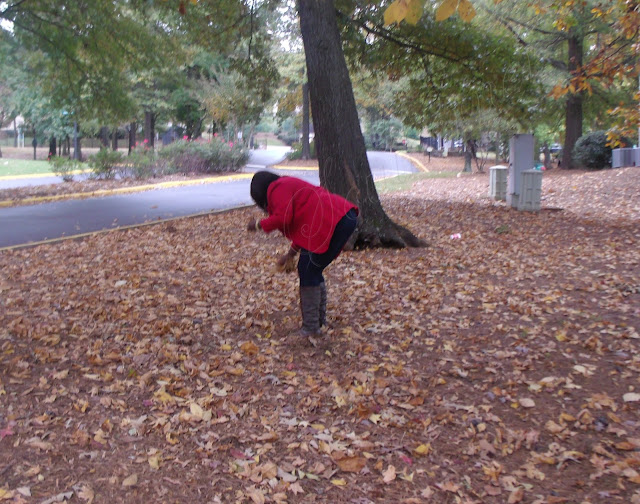 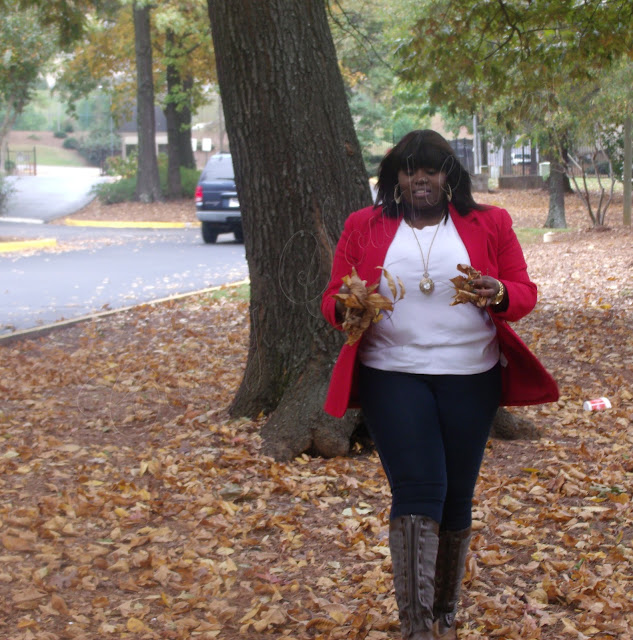 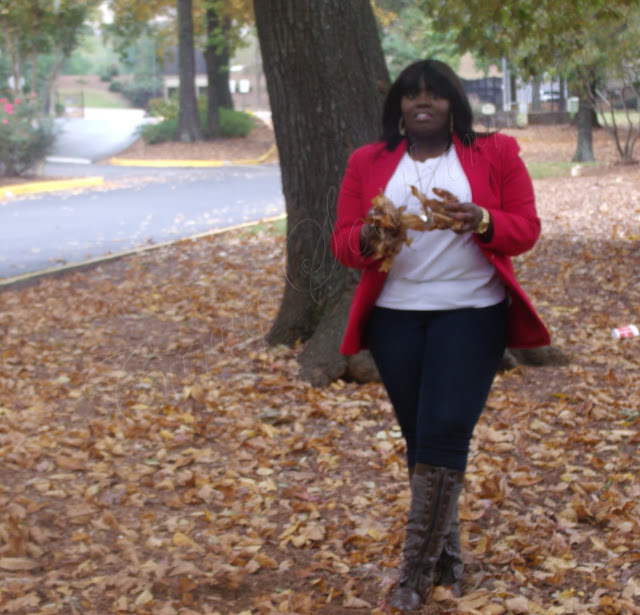 This is the aftermath....Not a leaf in the air in sight: 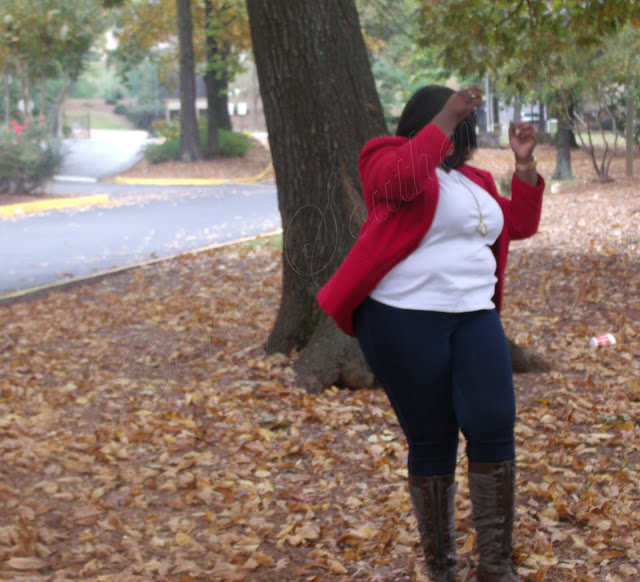 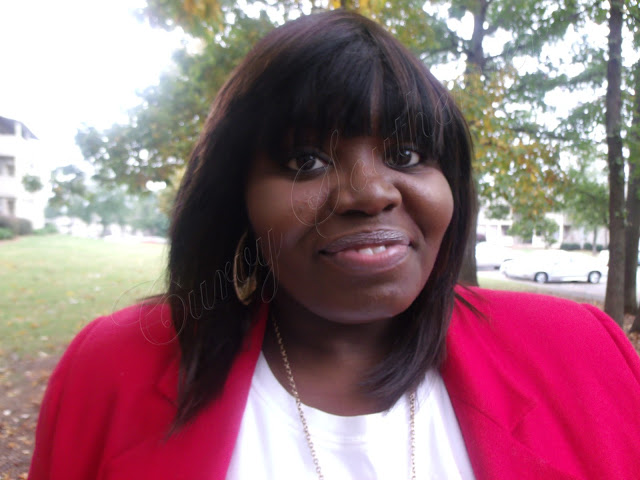 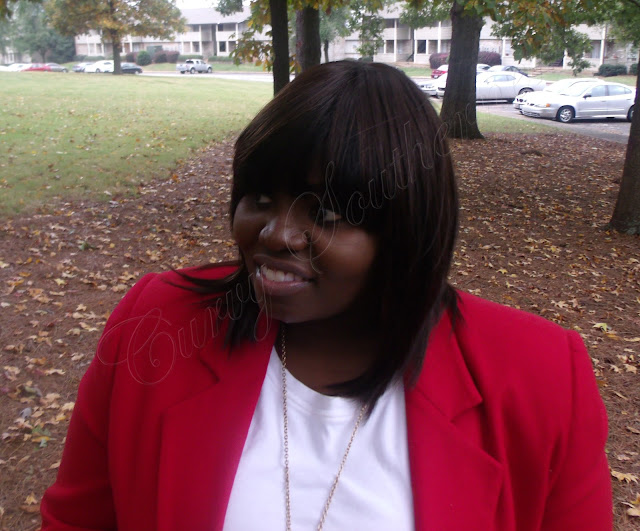 Walking to tailgate this is the hottest "Street Style" I spotted: 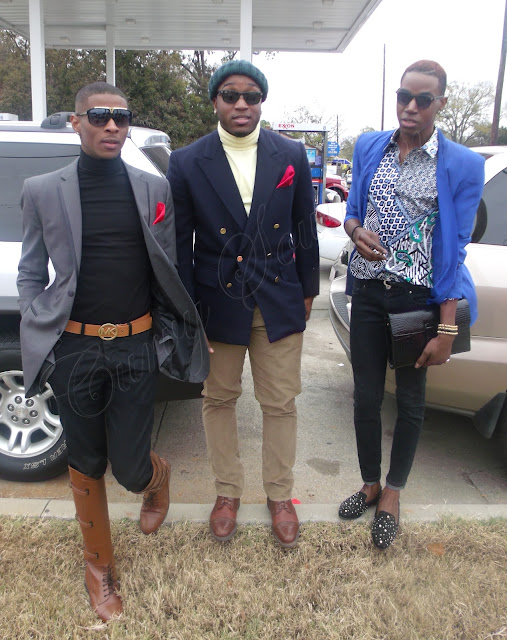 Thanks for stopping by and feel free to leave your thoughts.